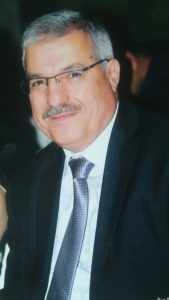 Diafanís magazine had an extensive dialogue with the President of the Gibrán National Committee, Mr. Joseph Fenianos, who detailed the work that is being carried out from Lebanon, homeland of the renowned writer. He also referred to his legacy of peace, freedom and humanity and to the intense cultural and educational works that develop from Bsharri to the country and the world.

Since when you are elected as the President of the Gibran National Committee?

In fact, I was elected as Vice President of the Gibran National Committee (GNC) from May 2010 to May 2018 for two consecutive mandates. Each mandate counts four years and in May 2018 I was elected as President. A year  ago exactly.

As you know President and Members of the GNC should be elected by the residents of Bsharri, Gibran’s hometown in Northern Lebanon.

What purposes have been raised in this stage of presidency?

The Committee (“GNC”) is a not-for-profit organization.

It holds the exclusive rights to manage the Lebanese author Kahlil Gibran’s copyright in and to his literary and artistic works, so this constant mission will continue to flourish, by promoting Gibran’s literature, messages and ideas to the new generation and the world.

And since the committee is particularly interested in social and cultural development of the region of Becharri; therefore, beside Gibran Museum the committee runs, we are transforming a residential complex the GNC owns into a Cultural Center.

This residential complex that counts  about 12 apartments that were recently renovated and equipped.

Said Cultural Center is consisted of:

It is worth mentioning that some of the students became teachers at the National Conservatory.

Some divisions of the Cultural Center Project are still in progress. Such project is very important and vital for Bsharri that is consisted of 22 mountainous villages located 120 km away from Beirut.

This cultural project eliminates the migration of students towards Beirut and abroad, and stimulates the educational collaboration between center and the schools of the same region.

Yet, few years ago, we signed with the Antonine University in Beirut, a MOA, in which the university agreed to print books of Gibran in luxury editions and to reshape some of Gibran Museum spaces.

One of the books that was printed for the first time by the Antonine University after Gibran’s death his “Twenty Drawings” book as for “The Music” book, it has been translated into several languages and about to be printed in Arabic.  It will include studies about the book itself made by professors from the university.

Regarding the works that are already achieved by the
Antonine University, is when you enter the room in which Gibran’s body lays in the Museum, to hear slight echos and feel Gibran’s presence through shapes of light that pass in front of your eyes…This sonography Project  was planned, prepared and applied by Mr. Brahim Samaha, who is a teacher at  the Antonine University and its Chargé Culturel, he is also a painter and the founder of “Cabriolet film festival” and Advisor of the current Lebanese Minister of Culture.

What are the activities that  you are carrying out? Are they held at Gibran Museum only or also in other cities in Lebanon and abroad?

To deliver Gibran’s messages of freedom, peace, equality, humanity, we should have activities in Gibran’s hometown, everywhere in Lebanon and abroad.

Gibran should stay alive in the memories of the generations to come locally and worldwide.

The Gibran National Committee ensures a cultural presence in Lebanon and abroad through its relations with the institutions, art centers, schools, universities, men of letters and researchers; and through its activities in the cultural, artistic and educational domains that include book saloons, painting exhibitions, literary and artistic contests on Gibran’s works, as well as cultural conferences and concerts.

We recently have organized at  the Immigration Museum of Museums Board of Victoria in Melbourne – Australia, an Exhibtition entitled “The Garden of The Prophet”.  The exhibition was held from November 27, 2018 till March 17, 2019.

The exhibition that is exclusively commissioned by immigration Museum, with grant funding from the Council for Australian-arab relations of the Department of Foreing Affairs and Trade, inlcuded original paintings of Gibran, sketches, manuscripts and artefacts in addition to Gibran’s writing desk and artist box and a signed and annotated copy of The Prophet by Elvis Presley, who used to buy the book as a gift for friends.

On the other hand, this year and same as every year the GNC honors the outstanding students from different schools of Bsharreh Caza who have passed baccalaureate II, brevet and technical official exams with top grades. This year’s celebration will be heldas usual in Mary Haskel Square – Gibran Museum – Bsharreh,the date is set on June, 1, 2019.

Aiming to encourage the outstanding students, sum of money will be distributed on each one of them from the GNC.

Each year ‘s promotion is named after an exceptional and remarkable person who passed away or still alive.

This year’s promotion is named after Dr. George Geagea who gave a lot of his time to serve the Gibran National Committee as a member and Bsharreh municipality as president.

Anyway, this beloved person, may the Lord prolongs his life, was a significant man of dialogue during the period of conflicts.  He promoted peace and influenced people in fights.

As Iearlier mentioned, the GNC enhances its relation with school and universities.  Just few days ago the Antonine School in Hasroun village in northern Lebanon, organized a competition for its students in which they were asked to read poems, and write dictations and to collect information about Gibran Khalil Gibran and gather them in texts.  Actually the winners received their gifts in my presence.

Do you consider that the new information and communication technologies serve as a complement to spread the legacy of Gibran Khalil Gibran?

It is very true that the new information and communication technologies provided immense improvements in our lives.

It helped us realize our aim which is to spread Gibran messages to the world and keep him alive. But also it is dangerous sometimes, especially when fake ideas about Gibran are published and spread.

Thus, people who like to follow and read about Gibran through Internet, applications etc. should find entrusted sources.

Finally, I just want to point out to your readers that Gibran who is known every where has schools, universities, parks, streets named after him all over the world, also there is the Khalil Gibran Chair for Values and Peace created by Liza and George Zakhem at the Meryland University in Merryland – USA, the chair is an endowed academic program that strengthens understanding between Eastern and Western cultures in general, and the Arab ethos and American values in particular.

Do you know that in July 2009, The International Astronomical Union (IAU) named a crater after Gibran on planet  Mercury!!

Lately, a statistic made by Professor Francesco Medici and researcher Glenn Kalem shows that the Prophet book was translated into more than 104 languages.

Gibran is unlimited. Facebook  pages,  websites, associations, activities and other issued related to him can’t be framed in one piece of the world they are expanded to reach the four corners of the globe. 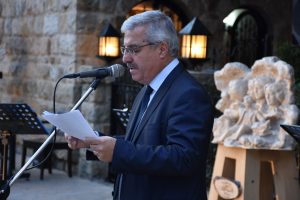 We thanks to Gibran National Committee by these photographs that allow to travell with the imagination in Gibran´s world. 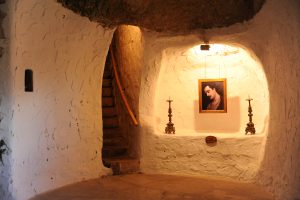 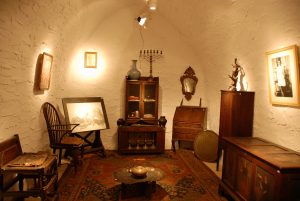 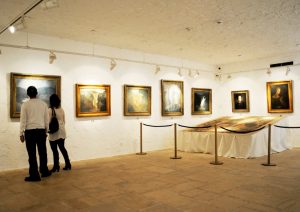 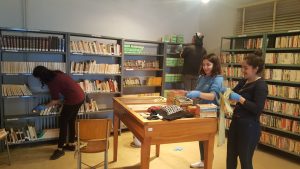 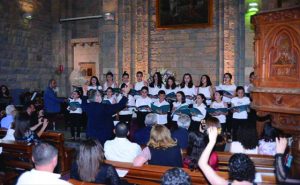 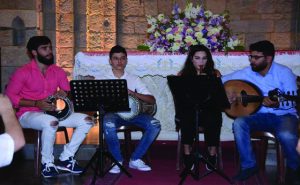 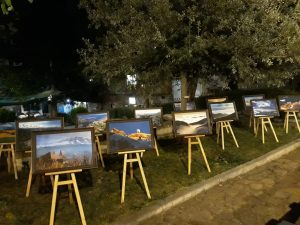 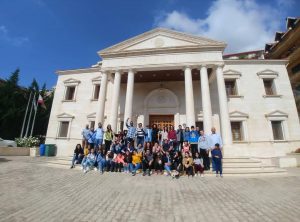 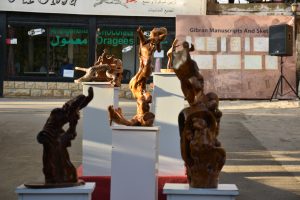 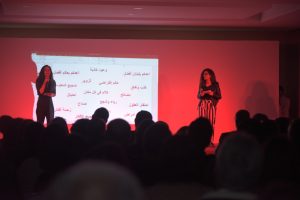