At the end of its academic year 2017-2018, the Gibran Music Institute in Bsharreh, an entity of the Gibran National Committee, organized a music concert performed by its students, at Saint John Church in Bsharreh, Gibran’s hometown on the 1st of July 2018 at 06.00 p. m.

In his speech, Mr. Fenianos stressed that «despite the difficulties our beloved country is facing, the Gibran National Committee insisted to establish the Music Institute named after Gibran.. it is a dream of generations to come true.  it is to confirm that Bsharreh’s inhabitants are not leaving their land. the institute is not only a beautiful building; it
is a mean to immortalize a homeland».

He also thanked the GNC’s former president Dr. Tarek Chidiac for the exerted efforts in the past eight years, specially to ameliorate the music institute; then he thanked Father Khalil Rahmeh who gave his time to
organize the choir of the institute along with Mr. Farid Rahmeh, and all the teachers one by one, especially the Director Mr. Joseph Fakhry and Supervisor Mrs. Aline Tawk.

Hence, «the Gibran National Committee is willing to continue its educational role in collaboration with other educational, intellectual and social organizations, based on dialectic and dialogue, persuading and convicting, aiming to form with emerged positive criticisms, the betterment of our people and Lebanon, and as His Holiness Pope John Paul II said in the Synod for Lebanon: «You are the power of good, you are the will of the truth, you are the substance of good faith, and you must hold hopes.»

At the end of the speech, students and the teachers performed musical
performances on several music instruments. 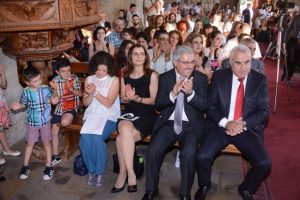 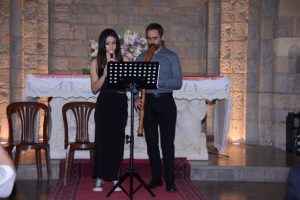 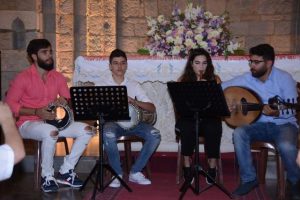 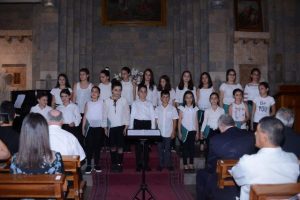