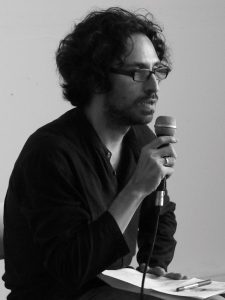 The intense blues of the Mediterranean Sea, bathe the Italian and Lebanese coasts. Waters are the medium of communication, without distinction of languages.  and the subject of literature that links between the scholarly works of Gibran Khalil Gibran and the Italian literary critic and researcher, Franceso Medici.

In an extensive dialogue with the magazine, he expressed his admiration for the work of the renowned Lebanese writer, of which he has translated several of his books into Italian language.

Various themes came together in the conversation: the link of soul and body in Gibran’s literature, fraternity among peoples and spiritual and material existence.

We invite you to learn more about Francesco Medici and his work:

I read Gibran’s The Prophet for the first time when I was about 20 years old. At that time I did not know anything about him, his circle, his country of origin – Lebanon, then part of Ottoman Syria. I was being fascinated by that “strange little book” (to quote the words of Mikhail Naimy, Author’s close friend and colleague), I began to study Gibran the writer, the artist and the man, his life and work, discovering the other muhajirun (Arabic term for Syrian and Lebanese emigrants, who devoted themselves to literature), such as Naimy himself, Elia Abu Madi, Nasib Arida, Afifah Karam, Ameen Rihani (of whom I translated the novels The Book of  Khalid and Juhan) etc. And this also gave birth to my passion for the so-called Arab World, its language, cultures, religions, literature… My first translations of Gibran’s writings from the original English into Italian (such as Lazarus and His Beloved, The Blind, The Prophet and Twenty Drawings) and some of my articles attracted the attention of late Professor Suheil Bushrui (University of Maryland, USA) – one of the world’s foremost scholars of the ‘Poet of the Cedars’ , who invited me to participate as a lecturer in the Second International Conference on Gibran (2012). The paper I presented in that occasion, entitled Gibran in Italy, garnered great success. Since than, my contributions on Gibran and his Arrabitah alQalamiyyah (The Pen League) generated increasing interest not only in Italy but at the international level. So I became from a simple reader to a Gibran scholar.

In summer of 2017, I did the research with Glen Kalem (Australian filmmaker and Gibran scholar of Lebanese origin).  Besides, I consulted Mr. Joseph Geagea, from Gibran Museum (Bcharré, Lebanon) about how many and which of The Prophet’s printed translations were kept in Gibran Museum collection? Mr Geagea then kindly sent us a list of 50 translations.

The first step was to check one by one, all the information contained in the Gibran Museum’s documents. After that, the aim was to supplement the list as far as possible. So I began scanning the global net, library archives etc., mapping worldwide and searching for more information. Besides, I researched for unknown translations into different languages and dialects, that were or still are in circulation. It is very important to specify that my intention was not to list all the editions and prints of The Prophet’s translations for each language or country (only in Italy,  from 1936 to the present day, the translations of the book are about 200, by the same number of different translators!), but only the first editions.

In other words, the scope was to find in how  many countries or in which languages  Gibran’s masterpiece is available in at least one original translation. The resulting data is that the book has hardly ever ceased to be translated worldwide during the last century, mainly in Europe and Asia. To date we have found that The Prophet has been translated into no less than 112 languages.

My collection is the result of a meticulous daily research. I cannot say to be satisfied. Which researcher could ever say to be so?

In Lebanon they say I am a “discoverer of Gibran’s gems”: unknown or semi-unknown photographs and documents relating to his life, entourage, encounters, artworks and writings.

Even though there has been an increase in both quantity and quality of the critical bibliography registered in recent years, both in the West as well as in Arab countries, the number of high profile scientific studies on Gibran and his extensive literary and visual production is still very small. Through my studies I am trying to give my contribution.

My favorite element in his work is its constant aim to communicate universal messages, such as fraternity among peoples, profound bound between soul and body, spiritual and material sense of existence. And yet, there is a sort of tender melancholy in him that has always  touched me the deepest…

Gibran transcended physical and metaphysical borders. For example, I think that all of us, especially in our age of globalization and conflicts, we should muse over his words, such as:  “The universe is my country and the human family is my tribe” or “You are my brother and I love you. I love you when you prostrate yourself in your mosque, and kneel in your church, and pray in your synagogue. You and I are sons of one faith – the Spirit”.

For Gibran, visual art and writing were one: he used two different codes to express greatness and uniqueness of human being. Immigration experience taught him to be a world citizen and what in Sufism is called “collective responsibility”. It is he himself who clarified this mystical concept during a conversation with his patroness Mary Haskell: “I never can divorce myself  from the criminal. When I read of a forgery, I feel that I am the forger, and of a murder that I, too, have committed murder. If one of us does a thing, we all do it. What collective humanity does is done by each of us. What is in one of us is in all of us”. In The Prophet Gibran compares collective humanity with a “procession” that walks toward its self-perfecting, and where each individual is responsible for other people’s actions. If somebody commits a wrong, we all have committed it.  And what about justice? Almustafa says: “It is when your spirit goes wandering upon the wind, that you, alone and unguarded, commit a wrong unto others and therefore unto yourself”.  Here Gibran is repeating that we are a connected whole.  Only one who acts just to take care of himself, out of this one organic unity, can commit injustice. As for freedom, as ordinary people understand it, for him it is a deception or an illusion.  Again in The Prophet we read:  “You can only be free when even the desire of seeking freedom becomes a harness to you, and when you cease to speak of freedom as a goal and a fulfillment.”

I admire and love them both. Their wisdom had great influence on my life and on my way of seeing and understanding the world and humanity.  I confess I was close to tears both when, in 2001, I visited for the first time the Gibran Museum and when, two years ago, I met Suha Naimy, Mikhail Naimy’s grand daughter, at her home in Zalka.  In this house, the writer spent the last twenty years of his life with her and her mother May.

There is a translation into Italian of Gibran’s Al-Musiqa (The Music, 1905), edited with two Lebanese friends of mine, Maya El Hage and Nadine Najem, I hope to see it published as soon as possible.  As for Naimy, I would like to translate his poetry collection Hams al-Jufoon (Eyelid Whisperings, 1945), with original Arabic parallel text. 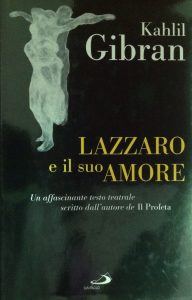 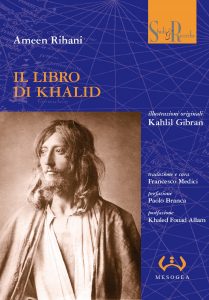 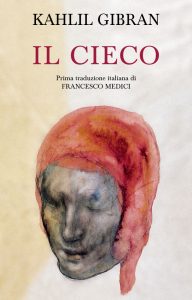