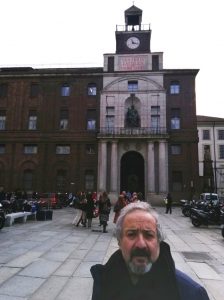 The other theater from Lebanon, commented to Diafanís magazine, the activities just developed by Prof Talal Darjani (Lebanon) at the Catholic University of Sacred Heart in Milan, Italy.

They told us: «On the topic of The language of the Arab theater between the errors of translation and plagiarism due to the violations that has been committed by the alleged pioneers of the Arab theater against Arab and international literature, which they distorted and falsified in the context of the complete absence of even the lowest standards and laws of theatrical art, and scientific and academic methodologies.

«This discovery provoked the students ’desire to delve into the merits of the topic and follow up on its developments after Darjani presented it with facts highlighting the lack of benefit of Al Naccash and Sanoa from the aesthetics of the Italian theater, although they mastered the Italian language, and they visited Italy repeatedly, but instead of transferring the original theatrical experience, they preferred distortion and forgery. And the effects that stunned the audience the most also, what Darjani showed about Italian literature, especially Alberto Moravia literature, which was completely forged by some Arab translators, for example in the novel «The Boredom», as well as Pirandello’s plays that were distorted by some Arab dramatists, in addition to many international writers whose works have been violated.

Finally, The other theater said: «The cultural and academic trip to Milan has culminated in an agreement for academic, artistic and cultural cooperation between the Brera Academy of Fine Arts in Milan, Accademia di belle arti di Brera and the Other Theater  based on the exchange and sharing of experiences and research and creative knowledge after they showed an original admiration and a sincere interest in the research activity provided by the Professor Darjani, especially in terms of the coup against the false theater heritage and the establishment of a real, authentic and modern Arab theater based on scientific research, methodological experience, academic development and creative freedom with valuable and progressive visions, as professors and officials in the Italian Academy of Art did not hesitate to express deep shock and great astonishment towards the mentality of plagiarism, forgery and distortion deployed in the Arab world where they saw a threat to the art and a threat to creativity and the antithesis of all human morality and civilization».

Photografies: courtesy by The other theater 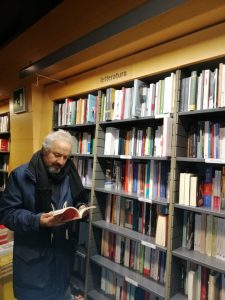 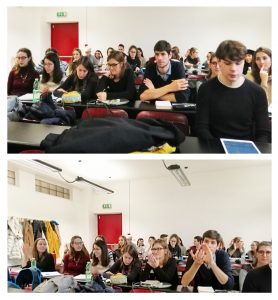 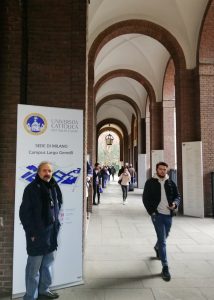